Today (Monday, July 1st) was the first day of excavations of the 2nd week of the 2019 season. It appears that are first week sufficiently scared the remains in all the areas, since today, all areas had great new finds! If last week we had some finds, here and there, as of today, all the areas are popping! Finally, everyone has substantial archaeological contexts and architectural remains, including in the completely new squares that were just opened last week. Way to go.

Area D had the most fantastic results today. The most astonishing thing was a two meter high brick wall, with a plaster coating, and in it, the beginning of exposure of a window, door or niche! This is one of the fully standing brick walls dating to ca. 900 BCE! These walls were rooms that were filled in just before the Hazael destruction (to bolster the fortifications in this area) and these fills protected the walls made out of sun dried mudbricks. I’ve rarely seen such well preserved mudbricks in ancient Levantine sites. Very cool!

The Area M team is beginning to get the Hazael destruction in the 3 new squares to the east, and hints to a road (that appeared in the remote sensing) seem to be appearing as well.

In Area K, the new squares to the north are beginning to produce a lot of very nice architecture of clear stratified contexts – and it looks like we are on clean contexts. This, hopefully will reach up to the city wall just to the north – and provide some dating of the wall.

In Area B (formally K2, just renamed, as it’s Brent’s area…), a really nice wall and associated features fully appeared today, and it looks like there is good preservation in this area as well. Here too, we hope that we will be able to connect this to the city wall that is just to the north.

In Area Y, all square are producing really nice architecture, features and contexts. There is another burnt brick installation, similar to the one we found last year, and whole series of impressive wall and other features appearing. Hopefully, this will help us make more sense of the many enigmatic aspects that we uncovered in this area last year.

All told – a great beginning for the 2nd week – and a sign for all the great finds that will appear in the coming days and weeks!

Here’s some pictures from today. Note that plastered brick wall with the window/door/niche with Will Krieger right next to it; the Canadian flag flying in honor Canada Day; and all various team members in the various areas! 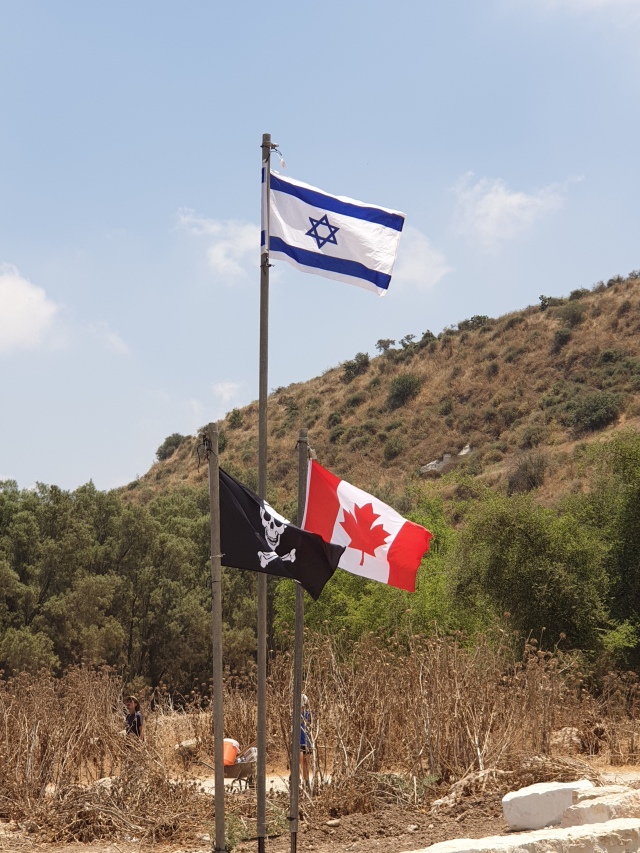 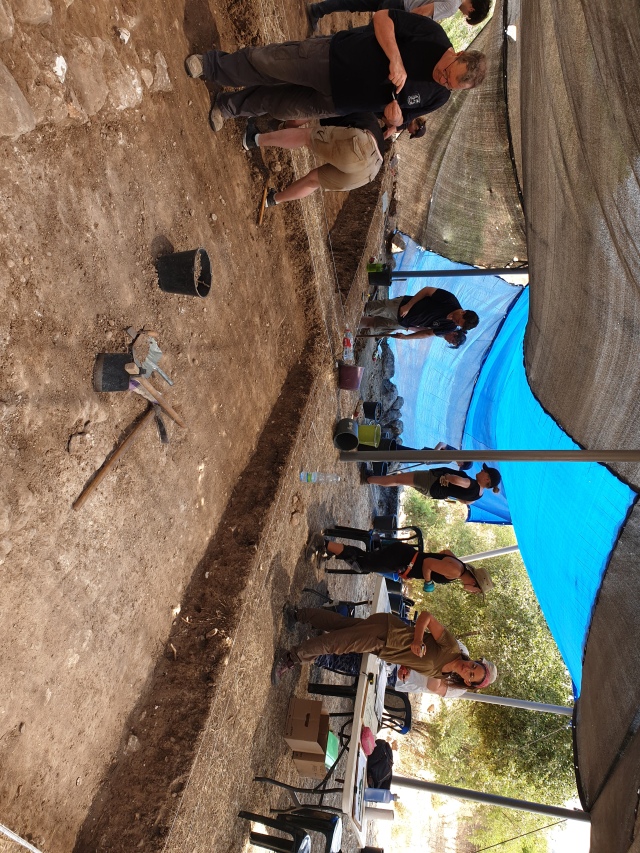