So the 2nd week ended really nicely with nice finds in all areas. Last night, we had our end of week pizza party, a la 4th of July. We also said goodbye to quite a few team members that left at the end of the week. Today, in the field we had a bunch of nice finds.In Area D, Jeff and his team seem to have found an additional section of the city wall near the gate.In Area M, it looks like we have the road to the east of the main building, as well as quite a few vessels from the destruction within the building.In Area Y, Jill and her team are finding more and more architectural evidence, but still, we don’t fully understand what is going on.In Area B, Brent’s team are digging away. In one square they have a lot of architectural remains while in the other they are going deep, hoping to find the line of the Iron I wall that was found in Area K.In Area K, the main find today was an impressive continuation of the wall found in the deep square in the NE. This wall is quite a “monster”, and seems to be evidence of the impressive fortifications of the Iron I lower city.All told, a lot of really nice finds!We had a few visitors as well, including Aaron Burke and his team.Nice to finish the 1st half of the season, and rest on the weekend preparing for the 2nd half, with many more finds to go!Shabbat shalom to all!Here are some photos: 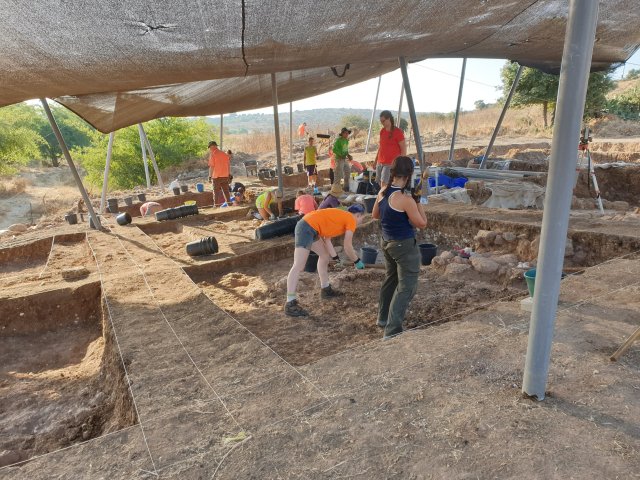 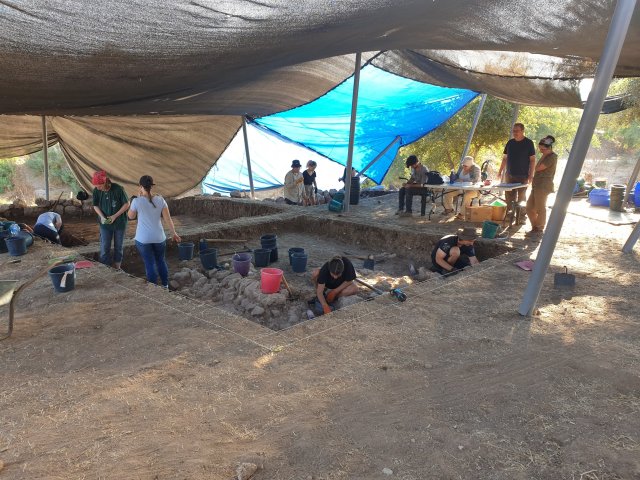