The so-called “Ashdoda” (“the ‘doda’ [aunt] from Ashdod” in Hebrew, as it was first found in the Ashdod excavations) figurine is one of the better known cultic items of the Philistine material culture. The very interesting combination of local and non-local attributes, Aegean and Levantine) make it very unique.

There have been many suggestions on it’s meaning and function. 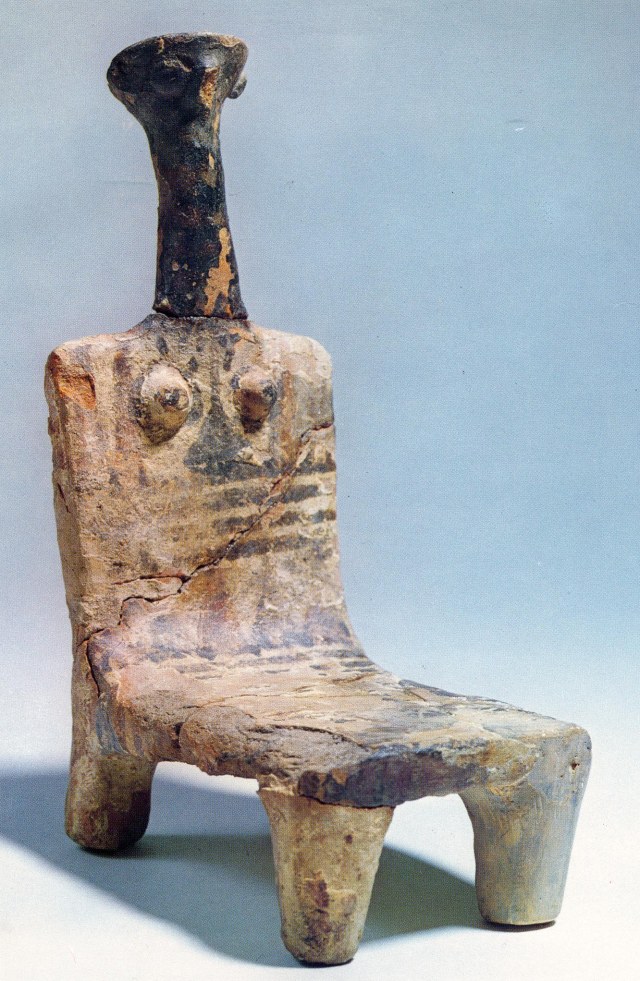 Now, with the 3D printer in the lab, Noam was able to print a model of an Ashdoda figurine, along with the beautiful two headed bird chalice from Safi! 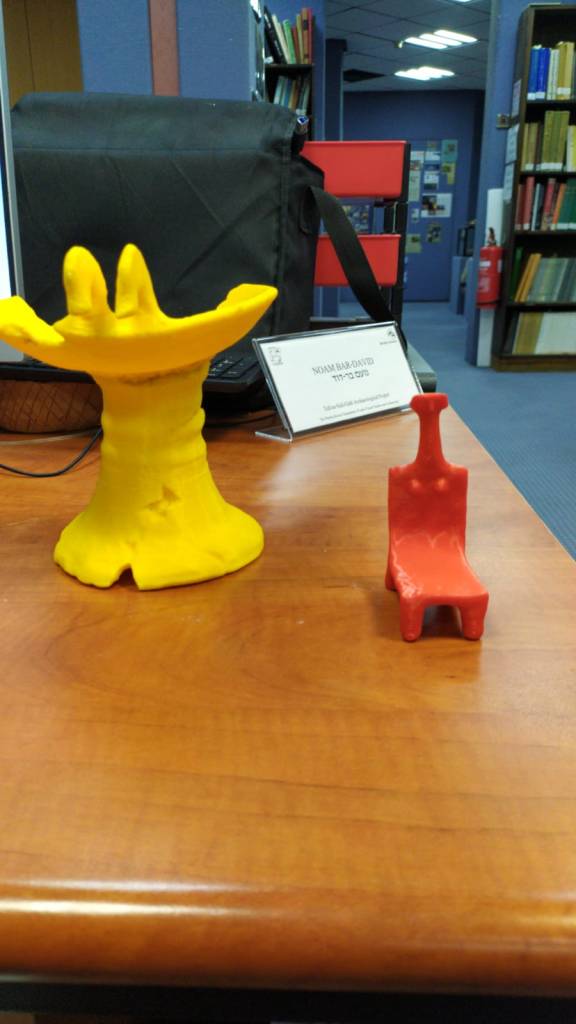 Once the Ashdoda model was printed, it became obvious that previous scholarship had not sufficiently considered all possible functional interpretations.

I see a whole new line of accessories here! Perhaps, we can call this “iPhilistia”! :-) 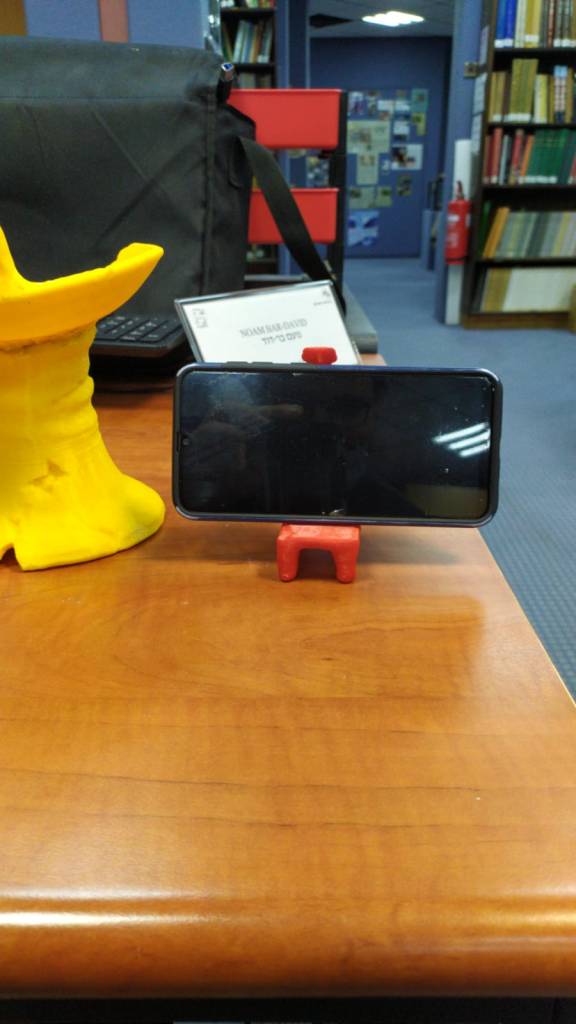 One thought on “The real function of the Ashdoda figurine”