During the last several decades, archaeological excavations have revealed substantial information about the Philistines during the biblical period. In fact, three of the Philistine cities have been excavated (Ashkelon, Ashdod and Ekron), and fascinating aspects of their culture have been revealed. Not too long ago, a monumental inscription was discovered at Ekron, mentioning a list of the kings of the city from the end of the Iron Age, just a few years before the Babylonian destruction (ca. 604 BCE).

In spite of this work, until the beginning of our project, little was known about Goliath’s hometown, Gath. From the biblical text it would appear that Gath was the most important of the Philistine cities during the early period of Philistine history. It was from Gath that Goliath, the fabled champion of the Philistines came, and it was the king of Gath, Achish, who played an important role in the story of the young King David.

Although there once was a bit of a controversy regarding the exact location of Gath, based on present evidence most scholars believe that it was located at the site known as Tell es-Safi. The tell, which is situated approximately halfway between Jerusalem and Ashkelon, is one of the largest biblical sites in Israel. Settled continuously from the Chalcolithic period (5th mill. BCE) until modern times, it is a veritable mine of archaeological evidence from all periods.

Although its impressive size and archaeological promise were noted during the last century, until recently, very little archaeological research had been conducted at the site. Aside from a brief, two-week excavation conducted in 1899 by Bliss and Macalister, only cursory visits and illicit robber excavations (by the late General Moshe Dayan) took place at the site. Scientific knowledge about this central site, so important for the study of the history and culture of the biblical period, was completely lacking. To resolve this situation, an archaeological project was begun at the site. As of 1996, a team of archaeologists, led by Prof. Aren M. Maeir of Bar-Ilan University initiated a long-term project at the site. From Sept. 2014 until July 2016, the project was renamed “The Ackerman Family Bar-Ilan University Expedition to Gath” in recognition of the assistance that the Ackerman family of South Africa has provided for the project. As of August, 2016, the project returned to its former name – “The Tell es-Safi/Gath Archaeological Project

Commencing with exploratory surface-survey work to define and plan the future work, the actual excavations were begun in 1997. Since then (1997-2019), the finds have been astonishingly rich and indicate that the project, which has been running for more than two decades, has become one of the most important excavations in the Southern Levant. The project will continue large scale excavations at the site until the summer of 2021 (which will be the 25th season of excavations). 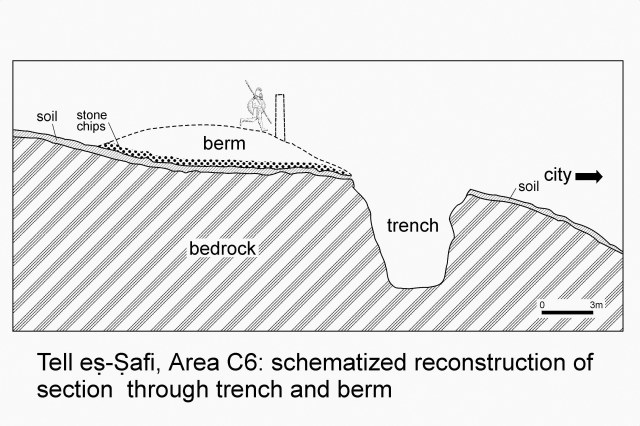 At the very beginning of our fieldwork, an unusual find was noticed. Through the utilization of aerial photography, we discovered the existence of a previously unknown, man-made trench that surrounds the site. This trench, 2.5 km long, some 8 meters wide and more than five meters deep, surrounds the site on three sides. It is believed that this unique feature is an unparalleled siege system, set up by a besieging army to hinder escape from the besieged city. As of the 2001 season, we have been able to explicitly date this feature to the Iron Age II. It now seems likely that it may be evidence of the Aramean siege of Gath (II Kings 12:17/18). We can now say that this is earliest siege system known in the entire world!

Another find of extreme importance was uncovered during the 1998 season. In the main excavation area, mere inches below the present-day surface, we excavated a level that was completely devastated in a fiery destruction. In this level we discovered houses that collapsed during the destruction, sealing within them all the original objects that they had contained. This includes an extraordinarily rich assortment of well-preserved finds. These finds include several hundred pottery vessels of various kinds, shapes and functions, including those used for storage, cooking, serving, and cultic purposes. To this one can add various other objects such as ivory decorations and metal weapons. Altogether, these finds provide a well-rounded picture of the various kinds of objects used for different functions in these houses, illuminating daily life in the Land of Israel during the biblical period. 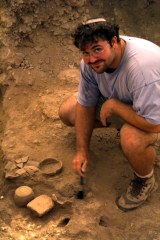 Most significantly, these remains can be dated to a very important period, the 9th century BCE. This is the period immediately after the separation of the “United Kingdom” of David and Solomon into the northern Israelite and southern Judean kingdoms. Recently, some scholars have questioned the veracity of the description of the events in this period as portrayed in the Bible. Accordingly, it is claimed that there is little if any non-biblical archaeological and historical evidence to that relates to this period. But in light of the extraordinarily rich finds that were discovered at T. es-Safi/Gath, it would appear that this at least from an archaeological point of view, this period is in fact well represented at this site.

To this one can add that the rich finds appear to support view that Gath did in fact have a primary role among the Philistines cities during the earlier stages of their history. The results of the excavation have shed light on the fascinating topic of how, when and why the Philistine culture changed. Originating from somewhere in the Aegean area, the Philistines arrived in the Levant at the beginning of the Iron Age (ca. 1200 BCE). After settling in the region, the slowly underwent a process of cultural change, on the one hand retaining some of their original cultural traits, but on the other hand, incorporating many of the local ones as well (such as the local Semitic language, evidence of which has been found in the excavations, including the earliest Philistine inscription known to date, found in the 2005 season). As was reported in the world press, this inscription is quite an exciting find, since it mentions two names (alwt/wlt) that are somewhat reminiscent of the original form of the name Goliath. Since the inscription dates to ca. 950 BCE, it comes from almost the same period as the battle of David and Goliath according the biblical chronology!

During the last seasons, we continued to expose substantial remains from this impressive destruction level. In addition, other archaeological levels, relating to periods before and after the destruction level were discovered, once again indicating the high potential and importance of the future excavations. We know have an almost complete stratigraphic sequence spanning the Late Bronze Age II (13th cent. BCE) until the late Iron Age II (ca. Late 8th cent. BCE), and, in addition, levels from the Early Bronze Age III (ca. 2800-2200 BCE). Among the exciting finds from the 2008 season, we can note the discovery of one of the earliest donkey burials in the Near East (Early Bronze Age) – and more donkey burials were found in the 2016-2017 seasons, impressive fortifications from the Early and Middle Bronze Ages, two structures of apparent cultic function from the Iron Age I and Iron Age IIA, and numerous well-preserved finds of the Canaanite, Philistine, and Israelite cultures. One of the most exciting discoveries in the 2008 season was the extremely well-preserved finds in the lower city, destroyed in the late 9th century BCE. In 2011, a large stone altar, reminiscent of the biblical altar described in Exodus 30 was discovered in the lower city. In the 2015-2019 seasons, large scale fortifications were found in the lower city, dating to the Iron Age I and IIA.

An important result of the 2018-2019 seasons was the discovery of monumental remains from the Iron I in the lower city, including fortifications, large structures, and perhaps even the remains of two gates. These finds indicate that the Philistine city of Gath grew substantially, and expanded to most of the lower city, already during the early Iron Age. In fact, due to the large size of the fortifications that have been found, it may very well be that the Iron I city was larger and more impressive than the later Iron IIA city that was eventually destroyed by Hazael (ca. 830 BCE). 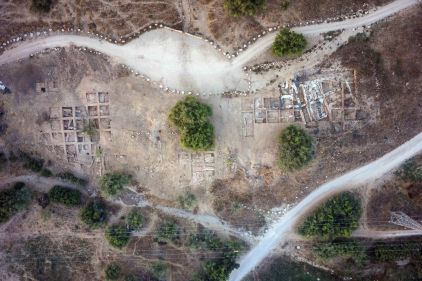 As of the 2018 season, our excavations are focused solely in various areas in the lower city, both in areas that were opened in previous seasons, and in new ones as well. Thus, most of the finds will be from various stages of the Iron Age, with perhaps some from the Late Bronze Age as well.

All the above promises to give us an exciting season of fieldwork, in which cutting-edge science, enriching experiences, and thrilling new discoveries will be combined. We are sure that all of us, staff, volunteers and students, from Israel and abroad, will enjoy a most fulfilling summer!